Today Kerri turned 27th, Argh where has the time gone.

To celebrate we headed to the Murray and hired kayaks for the day. The 17 kilometer, 3 hour trip was amazing. Green valleys, hills, river gums and willows were passed as we wound our way down the river to Albury. Birds on cue flew across our path. Cows grazed in fields. Ducks swam in our path. The current was quite strong, so we drifted most the way. 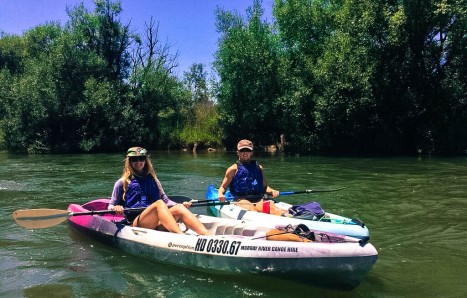 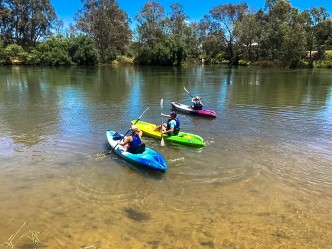 As usual, Jules was up to mischief and stopped to inspect a tree swing. I don’t think he had even fully stood up in the kayak before he nose dived off to the side. Someone needs to work on their balance I think.

The most epic fail of the day was when Jules decided that, rather than go around a tree stump, he would kayak over the tree stump. The slow motion tipping of the kayak and a big splash later, Jules had completely capsized. Given he was in charge of the waterproof bag, this was not good thing. Lets just say the bag wasn’t 100% waterproof. I had a very soggy wallet post trip.

We finished the day eating cake. 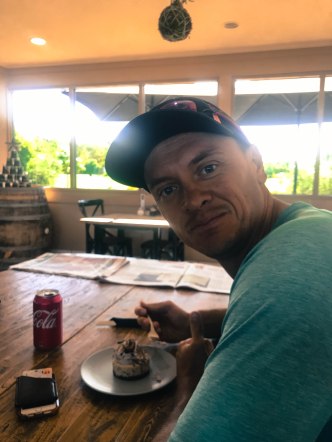 Given we had no candles, we had to be resourceful.

We got back to the abode tired little bunnies. 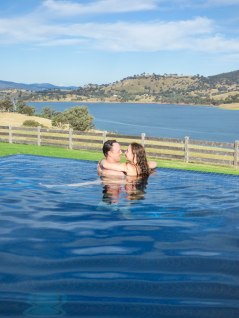 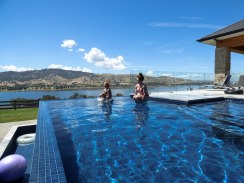 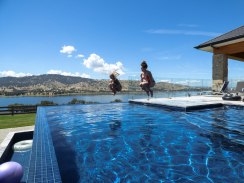 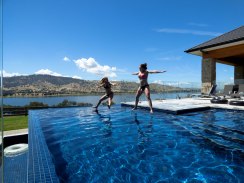 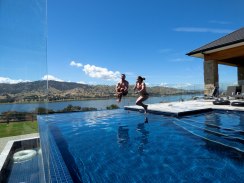 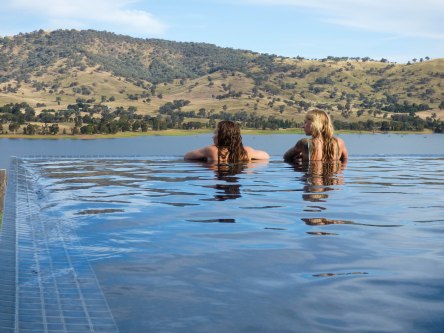 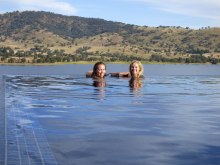 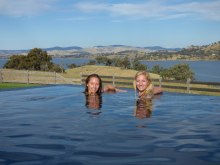