So last night I landed in Seattle – after a mere 20 hours + travel time. No major jet lag or issues to report. I met Dad at the airport, as his flight got in 5mins after mine. Jo flew in a few hours later. Can’t believe it’s been over 18 months since I last saw them. We arrived late, so only had enough time to quickly shower and head to Applebees for dinner. Hitting the road early tomorrow to go and see Matty. Dad managed to arrange our trip so we got to see him. So happy. Mega family overload.

Jo and I had a few issues this morning at finding and recognising Dad (maybe the 18months has started to take its toll. I think I hit rock bottom when we were in the gym and my passing comment to Jo was ‘there is a guy on the treadmill, so we can’t use them…). Anyhow, after that family gym session, we hit the road, traveling 5 hours to see Matt in Spokane.

We had a quick bite to eat and at The Rusty Moose (Byson Burger was delish, demolished it before I could take a picture).

Post lunch, we had a little walk in the park to stretch our legs and then got  on our way to Sandpoint. Sandpoint lies on the shores of Idaho’s largest lake, 43-mile-long Lake Pend Oreille, and is surrounded by three major mountain ranges.

We arrived quite late in the evening, but there was still time to watch the sun go down, grab a cheeky beer at MickDuff’s Brewery and play a few games of Corn Hole (I totally dominated the game!!. 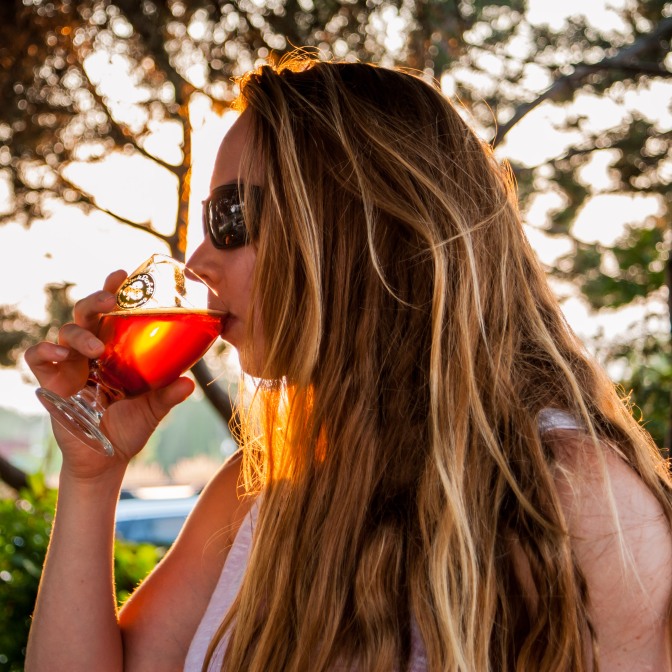