Today Jules and I started our first leg of our Great Ocean Road tour.  Google Fact Alert: The Great Ocean Road is one of Australia’s most famous road-touring routes. It takes travelers past world-class surfing breaks, through pockets of rainforest, calm seaside towns and under koala-filled tree canopies.

We headed straight down to Lorne (as we had already visited Anglsea and the seaside towns before) and chilled out on the beach for a few hours.

Afterwards we embarked on the second leg of the journey to see the Twelve Apostles. We stopped at various lookout points along the way to take photos of the picturesque landscape. 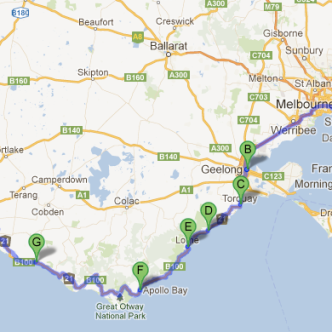 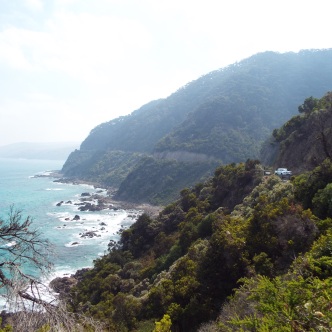 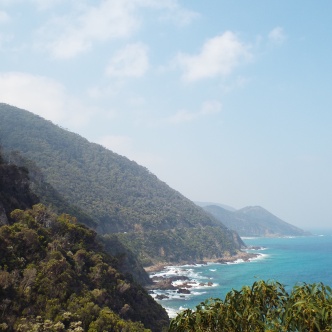 The Memorial Arch is the gateway to the Great Ocean Road. The arch was built in honour of the 3,000 returned soldiers who worked on the road and its creation during World War I. The road itself was built as a memorial for all those who lost their lives in the war. It is the longest war memorial in the world.

We reached the Apostles at sunset and spent an hour taking photos and watching the sun go down. Once upon a time they were connected to the cliffs of the mainland. The waves and wind carved them into caves, then arches, and eventually battered them down into columns that rise up to 45 metres high. Google Fact Alert: The fierce elements continue to erode the stacks at a rate of roughly two centimeters a year. 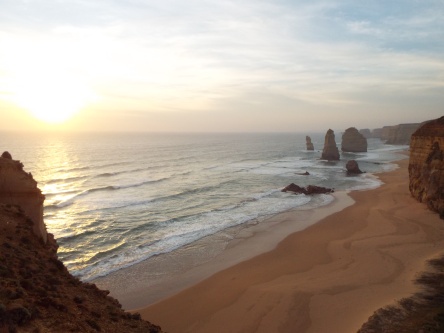 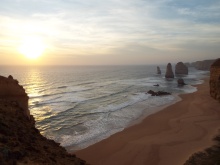 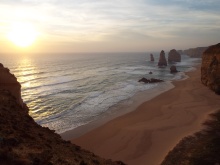 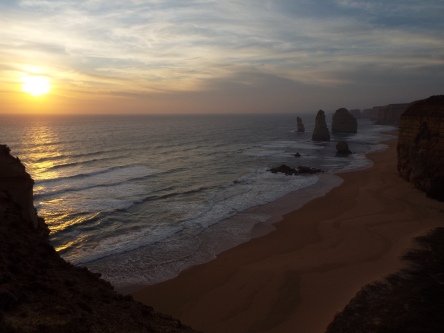 We stayed the night at the Apostles Camping Park and Cabins. We had a cute little room for only $75 per night. We drank vino out of mugs and played cards under the stars. 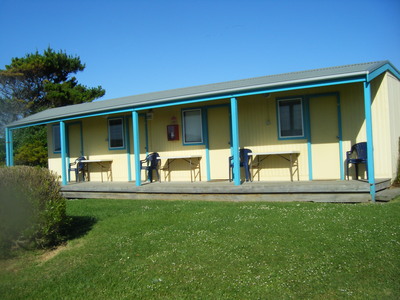 Observation of the day:  I should take more snacks with me on epic car journeys. We had a few ‘touch and go’ moments today, low blood sugar and no caffeine = grumpy girlfriend.

Today’s Finds: Bargain accommodation – where in the UK can you stay overnight for £32 per night? Such a steal.

Animal Watch: We saw a court of small Kangaroos at the camp site but it was too dark to take a good picture.