Today Jules and I headed down a little further down the Great Ocean road.

First on our stop was Anglesea,  a cute, relaxed coastal village. We stopped off at Point Roadknight Beach for an hour or so before driving further down the coast to visit Split Point Lighthouse. 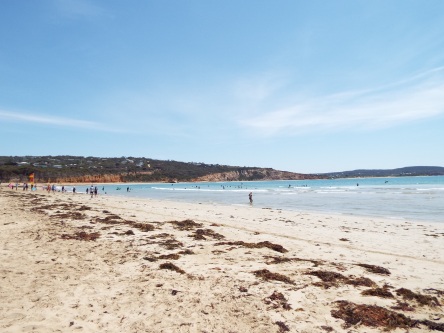 This lighthouse stands proudly on the cliffs high above Aireys Inlet. Great views of the coastline in both directions. From the lighthouse, there is a bush walk along the cliff top. We had a little wonder and took some awesome photos. 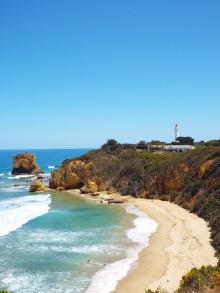 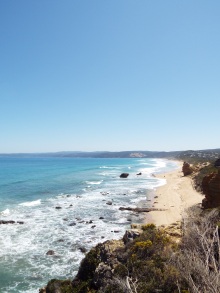 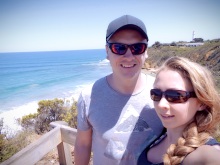 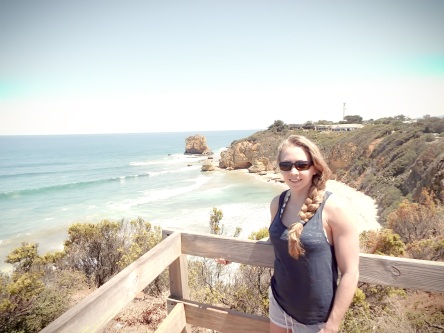 Jules did a shed load of research about a hidden beach, so after the lighthouse we went in search of Sunnymeade beach. Sunnymeade has a winding 400 meter walk through bush down to a beach, which is set against spectacular red cliffs and the bush background. There were loads of rock-pools to explore, the sea was super warm too which makes a change.

When we got back to Melbourne, we headed out to DOC Pizzeria. Apparently this is where you go to eat pizza like Italians. Now if you know me well (and have ever eaten out at a restaurant with me) I am not one to order ‘off the menu’ I am always swapping and adding extra bits to my order. However this time round I had to stay restrained as on the menu it clearly states that they will not change any of their pizza toppings. This through me somewhat….. Anyhow apparently the go-to pizza is “The pizza speck” with smoked prosciutto, fontina, mushrooms and thyme. Sounds simple but it was deceptively delicious (even if I couldn’t add any extra sausage or eat it with mayonnaise…). 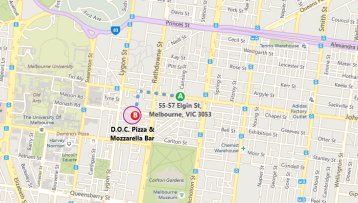 Observation of the day: While there is an abundance of affordable restaurants in Melbourne, representing every known cuisine (seriously from Mexican, Spanish, American, English, Thai, Japanese, Chinese… you name it there is a restaurant for you) the chefs do not like their food to be messed with. You order off the menu only – nuff said.

Today’s Finds: New pizza restaurant less than 2 minutes up the road might be dangerous. Next time I will remember to sneak in my own mayo.

Animal Watch: Freddy got eaten (I think) and a bigger spider replaced him in the web. Serious, there were two spiders in their last night, one was half eaten and the other was darker and bigger than Freddy. He went down the toilet shortly after my discovery.