Today started off badly…. I wasn’t able to get a coffee before I went to the gym. That session was super hard work. Most people have a re-hydration drink or a shake post workout. I couldn’t get caffeine in me quick enough.

After that ordeal Jules and I went to pick up our hire car. Turns out its automatic. After we found out what all the gears meant, Jules informed me that the last time he drove an automatic was in Fiji 10 years ago and he ended up rolling the car after swerving for a dog. This did not instill me with confidence. Especially after we had about three emergency stops in about 5 minutes when attempting to break at traffic lights. 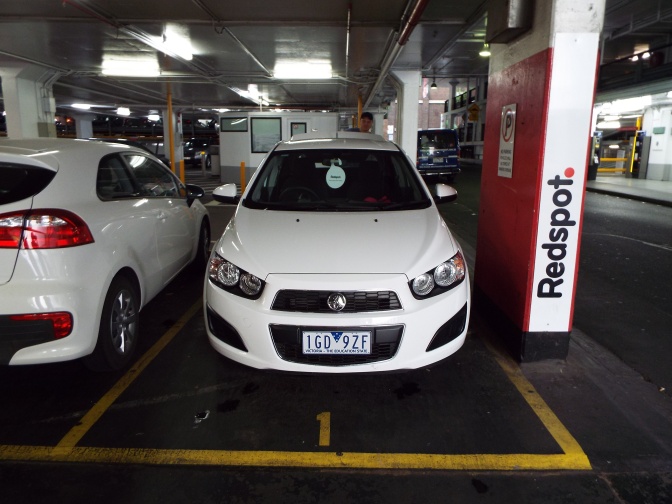 So we took off for our first adventure to the Dandenong ranges. Only 35km east of Central Melbourne, The Dandenongs boast rolling hills of thick rainforest. We walked around Sherbrook falls, a small route around the forest full of sassafras and mountain ash trees, some are over 200 years old. 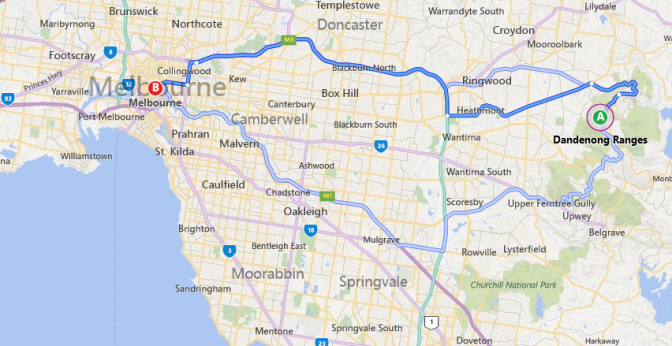 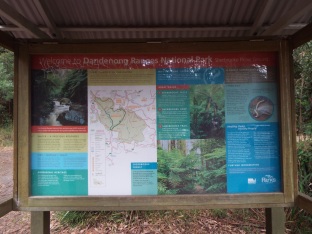 I think the best part of the walk was finding these parrot like birds. Google tells me they are called Crimson Rosellas. Beats the UK Pidgeon or Seagull for looks I thought.

After the Dandenong we headed for a mountain road called the Black Spur Drive. The Black Spur is 30 kilometres of road between Healesville and Marysville in the Yarra Valley Mountains. I can imagine Jurassic Park dinosaurs wandering around the depths of the forest. Winding through rainforest, past tall trees and ferns, with the car windows down was amazing.

The drive looked amazing, felt like we were in Jurassic Park. I attempted to film it on the GoPro. Turns out half the footage I had the camera round the wrong way. So I basically filmed Jules and I driving. I laughed so hard when we found this out that I got a stitch.

Luckily for some unknown reason I must have subconsciously worked this out half way through filming the footage and did manage to get some good images from the drive with the GoPro the right way around.

Observation of the day: You cannot buy beer or wine from a supermarket like the UK (bad times). Much like the USA you have to find a ‘bottle shop’ and do the walk of shame with a brown paper bag. There biggest chain seems to be ‘liquor land’. Sounds like something out of the Simpsons.

New learning: WOW does my boyfriend have some nostrils on him. Now I always knew they were larger than the average human but when he sneezes it’s something else. The kickback on those weapons when they fire one of his inhumanly sneezes. Honest to god he gets short about 1 meter backwards. Joke aside I have never seen anyone over exaggerate a sneeze so much.

Animal watch: We did see a few hummingbirds but they were super crafty and fly away as soon as I got my camera ready to take a picture. No creepy crawlies despite being in a rain forest type environment. I looked under old fallen trees and sometimes inside them in an attempt to find some decent photographic material but nada (p.s. there was no way in hell I was going right into that tree – Jules didn’t even put his head inside it… might have to reconsider the bedroom window situation. Something tells me he might fail at playing Tarzan when faced with a Tarantula).