Another early start for us. Today we get to swim with Manta Rays. I have always been in awe and intrigued by these simply gorgeous gentle giants and I finally get to swim alongside them. Needless to say, I am very excited.
The Ningaloo Reef is one of very few places on the planet where manta rays can be reliably located year-round. Coral Bay in particular is a manta ray hot spot, with a resident population of mantas with over 700 identified, many of which are so well known they’ve been given names! Isobel, Grace, Ouch and Whoopi are just a few of the local Coral Bay mantas.

At about 9.30 we arrived at a site called ‘Canyons’. The snorkel site was like a maze, with a labyrinth of coral formations, overhangs, cracks and canyons. Jules had to keep me on a tight leash or I think I would have been left behind. He probably spent more time watching me vs looking for fish. There wasn’t a huge abundance of sea life here. The site itself was the main spectacle. 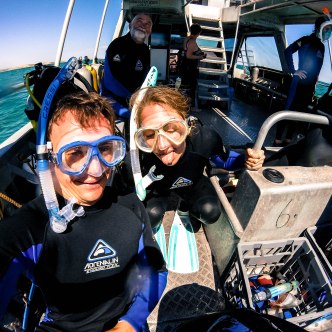 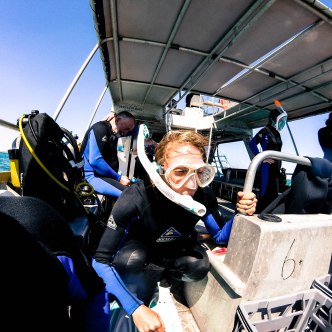 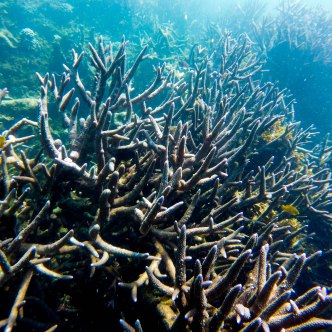 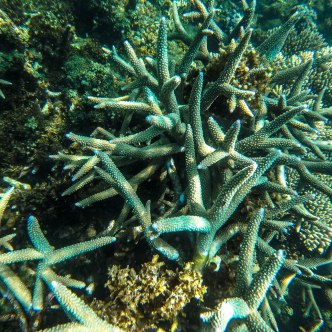 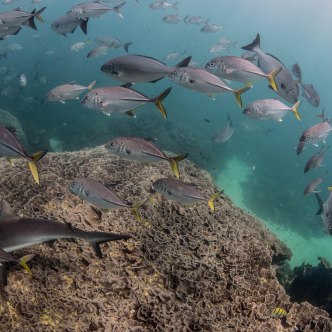 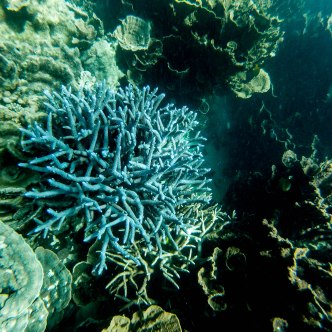 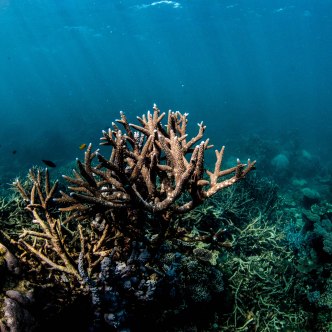 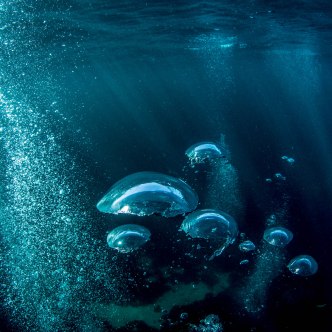 After hopping back aboard the boat, we cruised north along the coast to Batemans Bay, where the Mantas are known to hang out. We were lucky enough to swim alongside two of the local Mantas (about 4f in size). Watching one of nature’s most elegant creatures glide, flip and dance through the water was a truly mesmerizing spectacle. 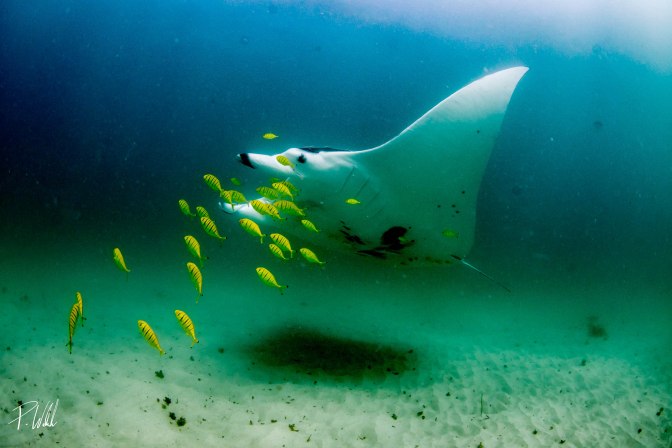 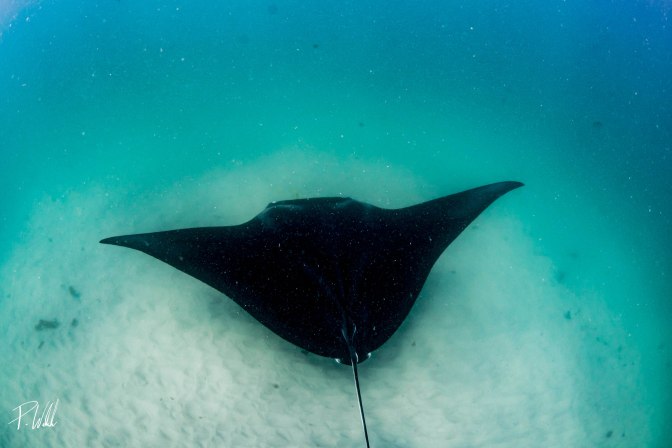 After lunch, we stopped at our third and final snorkel spot of the day, Ashos Gap, known for its busy shark cleaning station. With mouths wide open, sharks swim low over a huge dome-shaped rock known as a bommie and the small cleaner wrasse fish that live inside swim up and into the shark’s mouth to clean it of parasites – a sort of “swim-through” dental hygienist for sharks. I watched, mesmerised, with my face in the water as around 4 reef sharks swam over the bommie with their open mouths. Apparently, there can be upwards of 30 visiting the dentist at any one time. Some big loggerhead turtles even made an appearance! 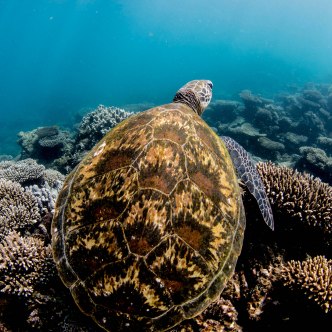 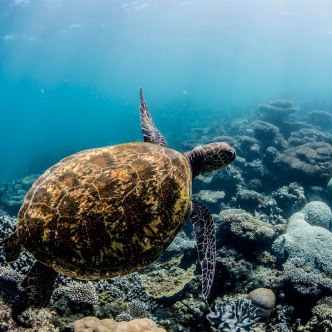 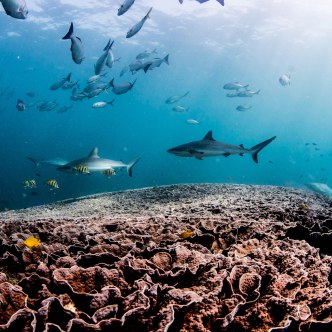 Once back on shore, we headed to Warroora Station for the night, a wilderness camp just on the fridge of Ningaloo Reef, approx. 60km south of Coral Bay. It was quite late and we were conscious of getting their before dark (one darkness falls, your chances of hitting a kangaroo increase by about 300% in this part of the world, cue driving at a max of 50kms per hour). Anyway, long story short, after driving down a dirt track for 35mins, we realized the Sat Nav had taken us to the wrong part of the camp site, we were in fact in the 4×4 area (no wonder the dirt track was so rocky!). Turns out, the site we needed to be at, was only 20kms from Coral Bay. It was now 6pm – we could either go back to Coral Bay for the night or persevere in our quest to find Warroora Station. Jules – never one to back down from a challenge, decided we would continue on our quest, despite the fact 1) the camp site closes at 6pm and 2) every sign we passed said we needed an eco-toilet. After getting back on the main road, and driving down yet another dirt track for 35mins, we found the Warroora Station. It’s now 7.30 and we actually have to wake up the caretaker – needless to say they were not impressed and we were promptly turned away for 1) being out of hours 2) not having an eco-toilet 3) not having any cash to actually pay for the camp site (major school boy error there!).

Ended up driving back to Coral Bay (sinking a beer on route, albeit a slightly warm one). Arrived at 9pm (we literally wasted 4 hours of our lives trying to stay at Warroora Station!). As all the camp sites were shut, we originally thought we would have to camp the night in a car park. But Jules – the genius that he is, went into the backpacker hostel and they were able to book us into a camp site for the night. Albeit, a very ropey one, overflowing with shirtless, beer drinking bogans.

Today we woke up early so we could change camp sites. Our early wake up call paid off, as we managed to secure a beach front location at the nicer camp site down the road, winning! As its un-powered, we have no neighbors either (a big change from last night’s fiasco!) Nestled into the corner of the camp site, surrounded by big palms, lush green grass, with a beach view. Perfect for a stop of yoga. 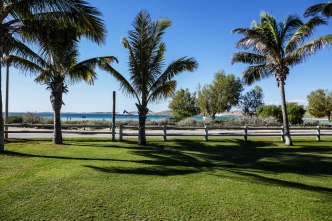 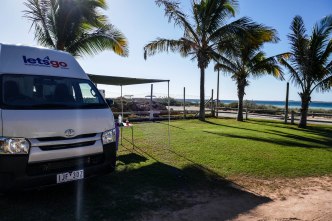 Today we hired kayaks and set off to explore the outer reefs. There are numerous kayak trails and moorings around Coral Bay. Simply paddle out, hook your kayak to the mooring, don your snorkel and jump in. Sounds easy, right? Well, if the current and wind were working in your favour, maybe yes. But they were not in this case.

The conditions were tough, strong winds and a strong currant made it hard to keep on path. Plus, once you got outside of the bay to the outer reef, you were very much exposed to the elements and it was cold (well I was cold anyway!).

We kayaked for about 2 hours. We had originally planned for 4 hours, but my lips went blue. I have no idea what reefs we actually kayaked too and explored, but we managed to cram in three different sites. Each of them equally as spectacular, with a maze of canyons, ridges, caves, tunnels and underwater lots of cracks and crevices to explore. We were swimming along five turtles at one point – a lifetime first.

After a few hours, I called it a day, due to hypothermia risk! The next few hours were spent warming back up on the beach and playing in the crystal clear shallow waters of the bay.

We set up camp early so we could watch the sunset. Lucky for us, there was a viewpoint about 500m from our camp site. We climbed the dunes and soaked up the panoramic views over Coral Bay, the sky alight with orange, pink and purple hues. 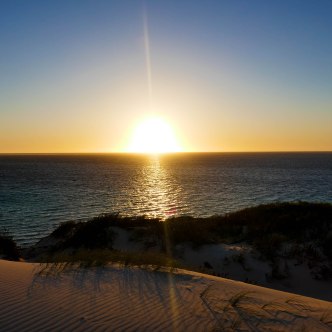 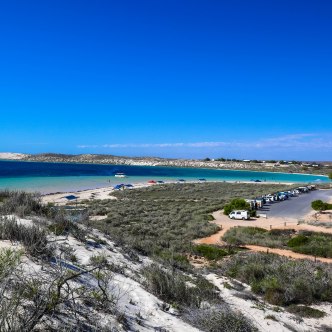 On another note – I can’t believe we only have 5 more nights left in the van. Getting slightly addicted to this lifestyle and the feeling of freedom and sense of adventure that it provides.